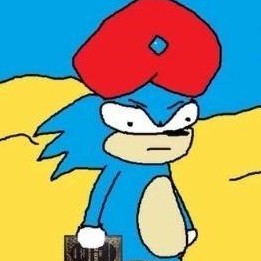 4 men in the US, in the year 2021 were arrested on sodomy charges and some of y'all wanna talk about how the soviet union and cuba used to outlaw being gay

this is a consequence of not only the homophobia of the US as a whole but of how decentralized laws are in the US. Decentralization means that there can be no outlawing of sodomy some places, but in Maryland, 4 people are arrested

I’m not convinced of the need for a state as such but goddammit if we have one it should at least be functional!

@smelley also and imo primarily a consequence of the rapid gentrification of harford county, as well as just about everywhere else in and around baltimore, over the last decade.

this happens about every year, with this specific place, but just mostly doesn't make the news. the charges rarely if ever actually stick; they aren't really enforceable in light of lawrence v. texas and the cops know that, but the cops also know that none of the circuit court judges care about that (all but two declare catholic on their official bios, only one doesn't declare a christian faith, so) and no one they bust in these fucking latter day stonewall raids is likely to have the money or the sand to pursue it to appellate courts that might finally overturn these bullshit zombie laws

but whether or not the charges stick of course is not the point; the point is the public outing and shaming that comes with having been charged, no conviction required. also, harford county cops have a nasty habit of beating the shit out of people already, so

it's purely an exercise in forcible and illegal repression under color of law, instigated by the handshake meme of homophobic cops (ie cops) and local karens who are horrified by the fact that, somewhere within a million miles of their precious kayleighs, somebody might possibly be fucking

@smelley and of course the assimilationist take here is "well, just don't do that, then," which is real fuckin' easy to say when you live in mount vernon and make 200k a year and nobody's fucking with you anyway