THE DRAGON OF PACOIMA @gonzo@monads.online

THE DRAGON OF PACOIMA @gonzo@monads.online

synth version of where is my mind plays

I don't remember the YGO GX theme song, but I remember a YTP version, does that count?

Cuba voted to legalize same-sex marriage and watching libs on twitter have their brains leak out of their ears as they try to reconcile voting and "but it's a dictatorship...!??!?" is extremely funny to me. Congrats to all my folks in Cuba

EXTENDED VERSION OF MY FATHER @horsefucker_thicc@monads.online

tactically edging during my chess match, releasing pheromones that intimidate my beta rival, throwing them off their game

The Mario of Sucking Things Down @foggy@jumanji.co

EXTENDED VERSION OF MY FATHER @horsefucker_thicc@monads.online 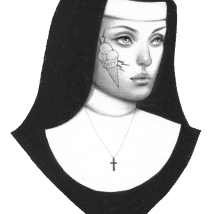 Made an account on monads and then I freaked it

picture of me in my room with headphones

I feel like liberalism and fascism kind of exist in a phoenix life cycle where every now and again liberalism just needs to do some things to maintain itself that are so overtly horrific that there's no way for a liberal government to actually pull the trigger on it for fear of open revolution, which is when fascism steps in for a brief while (in the grand scheme) to do the things that liberals want to do but can't be seen actually doing, at which point liberalism is reborn from the ashes. Just look at spain for an example of this exact thing happening.

I was called out and subtooted and sent link to stasi subculture monitoring criteria for posting this in the sight of todon.nl a few years ago. anyway,

a spectre is haunting the internet. the spectre of gandalf big naturals