the year is 2030. all programs have switched to a subscription model. it costs 1700 dollars a month to operate a computer

@dankwraith i know you're joking but are you?

@witchy @dankwraith Luckily, I have all this crypto! I am immune! Muahahaha!

@dankwraith it is 2031, Microsoft has convinced chip manufacturers to mandate a license for not using Windows. It costs $2000 a month to use Linux.

@dankwraith In 2231, in an attempt to control free software among ordinary people, the Google Lobbying Team legalized no-holds-barred licensing. Microsoft, working with the GLT, updated Windows with a series of expensive subscriptions and time-limited demos. The people's frustration grew with the cost. Soon Microsoft discovered that ransoming Linux installs were their most profitable enterprise. The professional league was formed; a cabal of the most brutal low-wage script-kiddies, selected to protect shareholder interests.
Now it is 2291, and [Unreal Tournament Opening Plays]

@DissonantEevee @dankwraith It is 2040, Linux doesn't even exist anymore. All computers are restricted to booting Windows exclusively, because Microsoft is the government.

@avalos @DissonantEevee @dankwraith the year is 2041. The Microsoft staff who’s taken my bug report ticket in 2021 is still asking me for obscure logs because apparently “it only happens on my system”.

@stragu @DissonantEevee @dankwraith The year is 2042. Since 2035, logs have been completely eradicated because of their potential of leaking information about the system to its users. Only the Eternal Government has the right to know what happens in Windows.

@avalos You jest, but I'm sure many developers are already figuring out that logging and telemetry is mostly the same thing, and obviously the only purpose of client-side logs is to be attached with a bug report. So eventually they'll ask, why duplicate the effort? And resolve this by removing logging.

@dankwraith at least the hardware is free. Shame you can't touch it though

@dankwraith I know you're joking, but factoring in hardware costs due to planned obsolescence bs, we're probably at around 1700 a year at least... 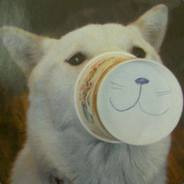 tadzik @tadzik@social.tadzik.net
@dankwraith I feel like this is already true for companies using AWS.
0
Sign in to participate in the conversation